Over on the East Coast, New York, unsurprisingly, is home to several new restaurants with an eye to aesthetics.

Daniel Boulud’s new French seafood spot, Le Pavillon, for one, is the reservation to snag. On the second floor of the skyscraper One Vanderbilt, near Grand Central Station, the restaurant spans 11,000 square feet and brings the outdoors in with a nature theme. The oasis, created by designer and architect Isay Weinfeld, has a path lined with live trees and foliage, which are also dotted around the towering room.

Downtown at Ian Schrager’s Public hotel, there’s Popular, which is Peruvian with inspirations from other cuisines including Italian and Chinese. Diego Munoz, who hails from Lima, is the executive chef.

Popular features a planted ceiling with a mix of over 50 hanging ferns, ivy, and staghorn. The room also has black walnut banquettes with blue denim fabric, walnut cocktail tables, and cognac leather lounge chairs. The ceviche bar is a standout with its white-and-gray veined marble and stainless steel and glass accents.

The cognoscenti are also vying for a table at the chic Greek Soho boîte Lola Taverna, where dinner is akin to a trip to Greece. Instead of looking to an outside designer, owner Cobi Levy took on the task himself, aiming to create an ambience reminiscent of the tavernas he enjoyed on his trips to the Greek islands of Paros and Mykonos.

Lola has a woven thatched ceiling, large urns, and olive trees, all from Greece, as well as uneven plastered walls and an installation in its outdoor area with thousands of bougainvillea flowers in shades of pinks, whites, and purples. “It’s like being at a restaurant in the Greek isles,” says Levy.

Then there’s Buddha-Bar, an outpost of the original in Paris, featuring Asian cuisine. Set to open in mid-July in Tribeca, the vaulted two-story space blends modern design with the building’s original beams and bricks.

The centerpiece is a more than 16-foot glass-hewn Buddha sculpture that has been created with custom projections and digital art. The main dining room has large-scale metal pendant lights throughout and a color palette of grays, browns, blues, and greens.

'New normal' homes: What houses should be like post-pandemic

Mon Jul 12 , 2021
MANILA, Philippines — The new normal has imposed a different set of musts in designing, or renovating a home. The cooped-up feeling one gets from compact houses with low ceilings is taboo. In its place are homes with multi-purposes spaces. A room can be a work area by day; a bedroom by […] 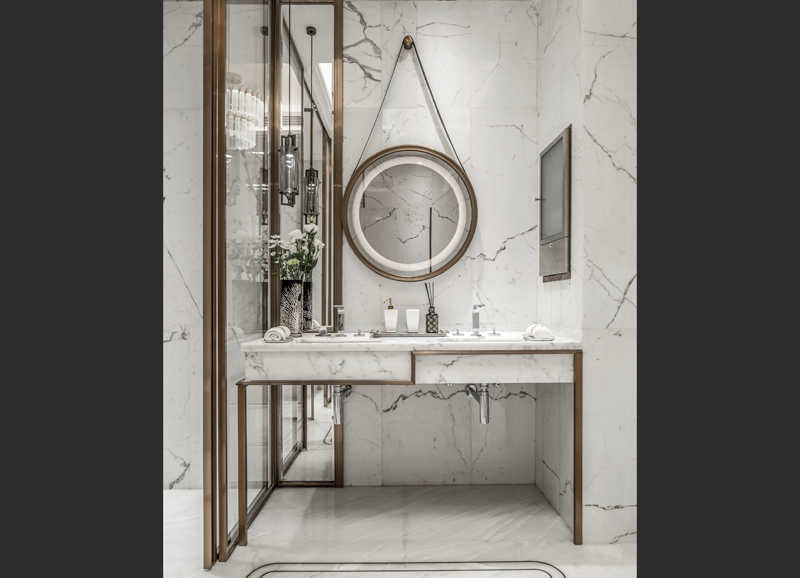