Storytellers Cafe at Disney’s Grand Californian Hotel & Spa is generally known for its character breakfasts and dinner buffet. However, due to current operational changes, the format for Storytellers has changed drastically. Since reopening in late May, the buffets and character meals have been replaced with a partially family-style fixed-priced meal at both breakfast and dinner. Because Storytellers was always a favorite of ours for dinner, my family and I decided recently to give the new format a try.

After scoring that hard-to-snag dining reservation for our party of eight, we looked over the menu on the Disneyland app, which does not explain clearly the new partially family-style format. We were under the impression it was a three-course prix fixe dinner where we would choose our own appetizer, entree, and dessert. We were surprised once our server explained that both the appetizer and dessert courses would be family-style for the entire table to share, but entrees would be individually chosen. It was actually a pleasant surprise since it would give our meal a more casual, fun vibe. But would there be enough food for the bigger appetites in our party?

We didn’t have to worry. Once the food started arriving it didn’t seem to stop! We started with the fresh green salad, crispy garlic soy chicken wings, shishito peppers, and creamy corn chowder for the table. The soup was the weakest of the bunch, tasting more like mac and cheese without the pasta, but still tasty nonetheless. The rest of the appetizers were excellent.

Next up, we ordered a variety of entrees, including the fish of the day (salmon), Wagyu burger, Impossible burger, roasted half chicken, Margherita pizzas, and kids spaghetti with meat sauce. With the exception of the pizzas and kids spaghetti, the entrees were the weakest part of the entire meal.

Although they weren’t terrible, they were uninspired and nothing to write home about, lacking a bit in flavor. However, the 14-inch pizzas were tasty and large enough for almost the entire table to share. Since two people in our party ordered them, we had enough to take home and snack on later. And the kids’ portion of spaghetti was as large as an adult’s. Tasty too, according to my nine-year-old.

Then came dessert: bread pudding with plenty of caramel sauce and vanilla ice cream, along with a variety of cookies and strawberries. It was rich, decadent, and delicious. We felt bad leaving so much of it behind! It was more than enough for the table. We also had platters of fresh fruit for those in our party with special dietary needs.

Speaking of dietary needs, my biggest complaint was with the lack of experience the chef seemed to have when dealing with our two gluten and dairy intolerant family members. The chef who came to speak with us didn’t seem familiar with the restaurant’s gluten or dairy free options, which didn’t give us a lot of confidence. Our server, however, was excellent since she herself has celiac disease, so she saved the night. With the current shortage of cast members at the Disneyland Resort, I hope Disney continues to take the time to train food service staff on how to deal with special dietary needs. It’s always been such a comfort to know Disneyland has your back if you have food allergies and intolerances.

Keep in mind the entrance to the Grand Californian that connects to Disney California Adventure park (near Grizzly River Run) will sometimes restrict entry to hotel guests only. However, if you show them your dinner reservation on the app (or a photo of it for those in your party who didn’t make the reservation), they will let you through. Reservations are highly recommended through the Disneyland app, but a walk-up waitlist is also available.

At $39 for adults and $25 for kids (3-9), it’s a great value for even the biggest appetites. And though the entrees were unimpressive, the quality and flavor of both the appetizers and desserts made up for it. It’s also nice to get away from the crowds of the park and enjoy a sit-down meal.

Let’s Hear From You

With more food service returning to the parks, there have been a lot of changes. What do you think of the modified family-style of dining for Storytellers? What is your favorite table service dining at the resort? I’d love to hear what you think in the comments below.

Target's Jungalow collection: What to buy 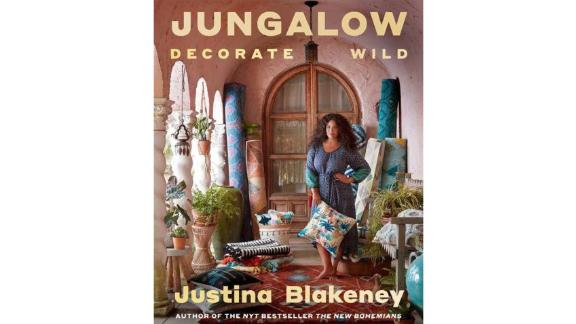