Chad Scott is easy to recognize.

The high-energy running backs coach can be seen (and heard) a mile away at WVU’s football practices running his players through drill after drill, getting them ready for the Mountaineers’ next clash.

For Scott, it’s about more than football. He recognizes that he has these players for a crucial period in their lives, so he makes sure he is just as visible and audible to their families off the field as he is to the players on it.

“That is my coaching style,” he said. “Just the relationships I have with those guys that go beyond the game of football. It ain’t just recruit talk, but for me, I do a phenomenal job of building that kind of relationship through the recruiting process, and then I sustain it.”

Of course, he is not the only guy influencing the lives of these young men and preparing them for their lives after WVU football. As he says, it takes a village to develop them — between coaches, academic staff, parents and anybody else, not just one person can prepare them for life after college.

“There might be days where [parents] call me and they might say, ‘such-and-such is going on and I need you to grab him and put your arm around him,’ and I might have some days where I have to call them and say, ‘you need to do the same for me,’” he said.

Leddie Brown is a prime example of these relationships. The Philadelphia native makes sure to keep close ties with his family, which Scott recognized early on.

In fact, Brown is reminded of his lineage every time he writes or reads his name. The original Leddie Brown was actually his uncle, a former football player and Philadelphia police officer who was killed in the line of duty two years before the future Mountaineer was born.

“He was a football player but decided not to play and decided to be a police officer,” Brown said. “But I’ve heard he was a pretty good football player, so I’m just glad that I got to carry on his name and probably do something that he dreamed of.”

Scott and Brown got to know each other while the tailback was courting college programs at Saints John Neumann and Maria Goretti High School. When he got to West Virginia, Scott says that Brown was soft-spoken and hard on himself, which at times translated negatively on the field.

The coach made an ardent effort to gain Brown’s trust so he can talk to and make an impact on the player. Now, Brown is much better at forgetting the past and moving on to the next play — a must in the sport of football.

Of course, Scott attributes that not only to the coach’s work in Morgantown, but in Brown’s home life as well.

“He’s a family person, so my relationship with him and the relationship that I have with his family allow him to let me in even more so than he does other people,” Scott said. “He’s an extremely competitive kid, he’s hard on himself and sometimes he gets too hard on himself where it affects his game and he doesn’t let people in when he gets to that point other than myself.”

That paid tangible dividends. West Virginia made a massive stride in its running game in the 2020 season which was spearheaded by Brown, who netted 1,010 yards as a junior to lead the Mountaineers and finish second in the Big 12. That number by itself outpaced the entire 2019 WVU squad, and he did it in two fewer games.

Family values aren’t unique to the running backs room — one of the last things WVU players see on their way to the field is the team’s “family wall,” where they can post whatever picture they want of them and their families. Even at the top of the program, Neal Brown has held all sorts of family-style events, including cookouts at his own house.

This makes Scott’s job even easier — it’s simple proof that his efforts are not just for show.

“Most of the time you do that in recruiting and people think, ah, that’s just a recruiting tactic. Then they get here and they’re like, oh wow, this isn’t just a thing they do to get us here, this is really who they are,” Scott said.

Gallery Dept. Makes Its Furniture Debut with a Denim Chair

Thu Aug 19 , 2021
The debut piece of furniture from Gallery Dept. Photo: Gallery Dept. Since 2017 Josué Thomas has been setting his work against the backdrop of our political present through Gallery Dept., an all-encompassing brand that is creatively pushing boundaries. The luxury label has become a favorite amongst celebrities like Rihanna and […] 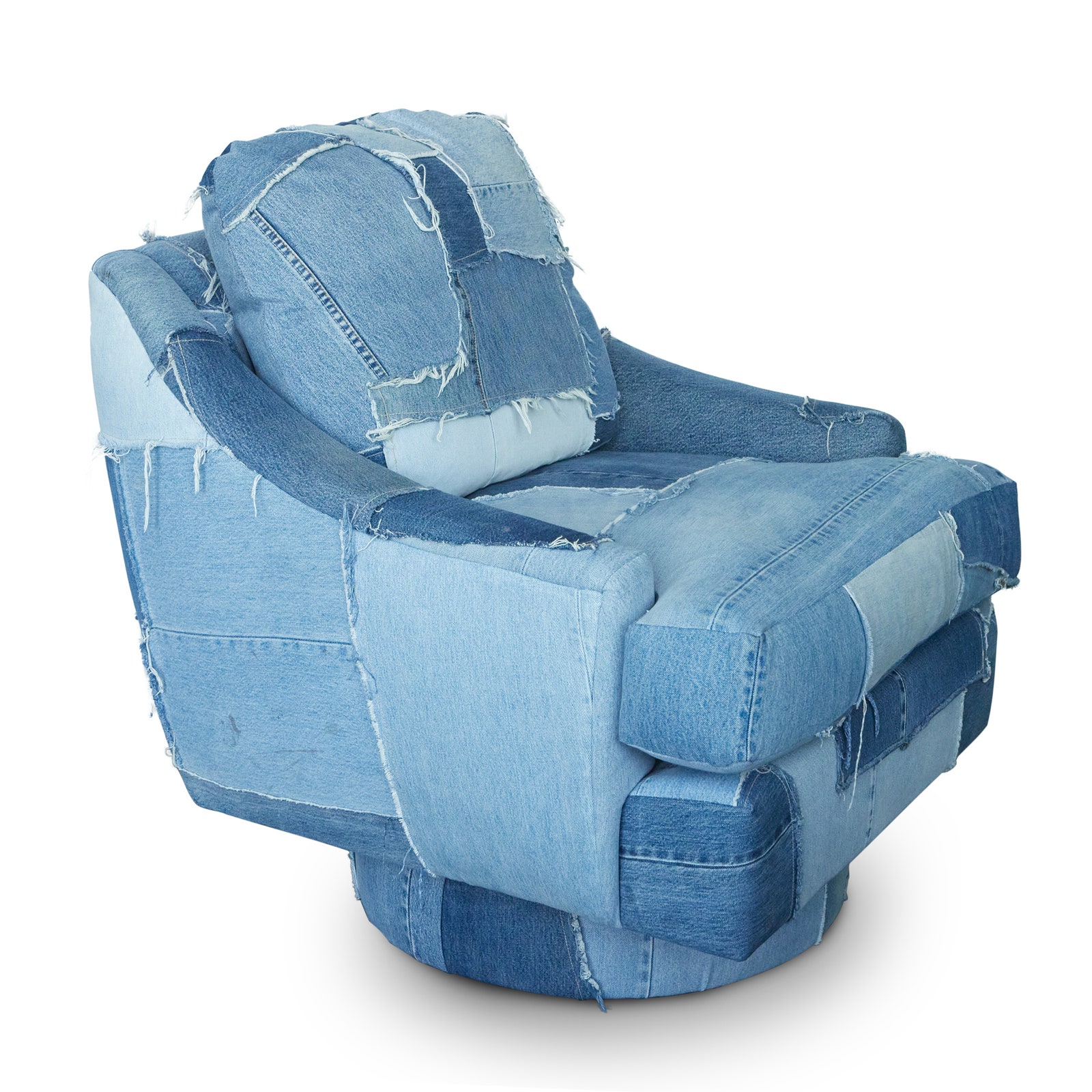