Consumer watchdog Which? looked at 28 toys from popular marketplaces Amazon Marketplace, AliExpress, Wish and eBay and a dirty dozen failed safety tests with one filled with unsafe toys and at least 20 choking hazard

Four in 10 cheap toys online have been found to be potentially lethal to children.

Parents buying unbranded, bargain toys online could pay a high price for a potential killer in the playroom as tests on cheap playthings found a catalogue of health hazards.

They included easy-to-swallow button batteries and magnets, sharp edges and cords which could wrap around a child’s neck and strangle them.

The most dangerous toy was a 51-piece doctor’s playset – described as a toy for a baby or toddler – and found on Wish.

Have you come across any of these toys? Join the discussion in the comment section

Which? said it was filled with unsafe toys and had at least 20 choking hazards.

Most of the toys in the set broke into small and dangerous parts far too easily, including play scissors which revealed sharp points and the set contained toy pills and plasters that kids could easily swallow and choke on.

In total, Which? found 50 safety failures amongst the dozen toys that failed tests and said Wish had the worst record with five out of 12 available on the site.

They included a colourful caterpillar rattle with ribbons which when played with by a baby could become wrapped tight around the tot’s neck, posing a strangulation risk, Which? said.

A set of magnetic building blocks aimed at children aged from three-years-old and over on Amazon Marketplace also failed safety tests after breaking open on impact to reveal tiny magnets that were almost four times as powerful as they were permitted to be under current standards and could choke a child if swallowed.

Which? said: “Magnets can also cause serious harm to children if swallowed, as they could attract each other in the gut and create blockages, compression of the gut and perforation which would need surgery to fix.”

And a cute looking cuddly toy dog sold on eBay was found to be a potential choking hazard as small parts like eyes and a nose were just glued on and came off easily which in the hands of youngsters could be popped into their mouths.

In total, Which? found 50 safety failures among the 12 toys that failed the UK’s benchmark British Standard tests and has slapped a “don’t buy” warning notice on them.

Following the investigation, all 12 of the potentially deadly toys have been axed from the online marketplaces.

Sue Davies, Which? head of consumer protection policy, said: “Many parents will be appalled by our research which has revealed that some toys bought from online marketplaces are failing to meet safety standards and could pose a serious safety risk to children playing with them.

Get all the latest money news straight to your inbox. Sign up to one of the Mirror’s newsletters

“Consumers should be able to trust that products sold in the UK are safe and meet the standards required, yet a woeful lack of checks and monitoring by online marketplaces means dangerous toys are entering people’s homes.

“It is absolutely crucial that online marketplaces are urgently given greater legal responsibility for the safety of products sold on their sites so that consumers are far better protected from dangerous and illegal items.”

All four marketplaces – Amazon Marketplace, AliExpress, Wish and eBay – said they took customer safety seriously and had policies in place to ensure sellers did not breach them, axed products that fell below standards and took action against sellers where necessary.

A Wish spokesperson said: “All merchants on our platform are required to adhere to local laws and safety standards where their goods are sold. In the rare instance where a product falls foul of those standards, it is promptly removed and, where appropriate, the merchant in question faces a potential suspension from the platform.”

An Amazon spokesperson said: “Safety is important to Amazon and we want customers to shop with confidence on our stores. We have proactive measures in place to prevent suspicious or non-compliant products from being listed and we monitor the products sold in our stores for product safety concerns.

“When appropriate, we remove a product from the store, reach out to sellers, manufacturers, and government agencies for additional information, or take other actions.”

Ebay said: “We have removed the products identified by Which? and taken the appropriate action on the sellers. We have filters in places which automatically block listings which are unsafe or do not comply with our policies. These blocked six million unsafe listings from making it onto site in 2020.”

And AliExpress said: “After being contacted by Which?, we took swift action and removed the affected products. We have policies and procedures to identify violations and take action. We will continue to take action against sellers who violate our terms of use.”

Fri Aug 6 , 2021
Photograph courtesy of Ken’s Foodservice As they head back to foodservice locations, many consumers will be looking at menus in search of familiar favorites they missed out on during the pandemic. Others, however, will be looking for new and exciting options—signature menu items, unique flavors or limited-time-only menu items. According […] 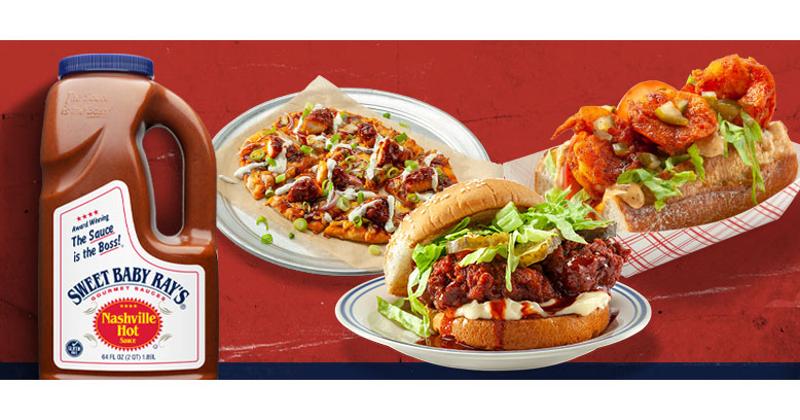