Singaporean food is a rare find in Portland—and Holly Ong and Pat Lau were painfully aware of that fact. The Singapore-born friends met while working at Nike in Singapore; both later transferred offices to Shanghai, and eventually ended up in Portland. Wherever they went, so did Singaporean food, as they called home for advice on how to recreate the memories of the flavors they grew up with.

In 2019, the two founded a supper club called Sibeiho, which translates to “f*cking good” (though they swear it’s not offensive). They offered communal, family-style multi-course dinner not unlike the ones that Ong and Lau grew up with in their families. When the pandemic halted their dinner operations, they opened a storefront on NW 23rd, where they began making three types of jarred sambals, or chili sauces. Their offerings also include kaya jam, a blend of coconut and pandan that quickly sells out, plus veggie-filled curry puffs, sweet treats called kueh, snacks like sambal Chex mix, and multi-course meals to go.

Sibeiho makes their sambals with a blend of chiles from Oregon and elsewhere, though the goal is to eventually have all the chiles grown locally. (Ong recently gave a local farmer some seeds from a hard-to-find chile; we’ll see if it takes to Oregon weather.) The main ingredients in these chile pastes, though, are alliums—locally grown organic shallots, red onions, and garlic. But the tastes are meant to be as close to home as possible.

This OMG! Sambal Grilled Chicken is based on a dish that Ong’s mother used to make for her, though during Ong’s decade-long stint as a pescatarian, she usually subbed tofu or fish. Lau and Ong are big fans of quick “no-recipe recipes,” and the sambals lend themselves well to that style of cooking—you can also try making this with whole chicken, or with veggies like eggplant or zucchini. Don’t have a grill? Try making it in your oven.

Recipe by Holly Ong and Pat Lau of Sibeiho

4-6 pcs bone-in, skin on chicken thighs (this can be adjusted to your favorite chicken part; the cooking time may vary)

Wed Aug 18 , 2021
A new home furniture and improvement store serving the Sioux Falls area has opened in Brandon. Hausmood Interiors, at 1901 N. Plum Ave. in Brandon, focuses on “everything home,” owner Amanda Stegmaier said. Stegmaier is originally from Las Vegas but has lived in Sioux Falls for seven years. However, she […] 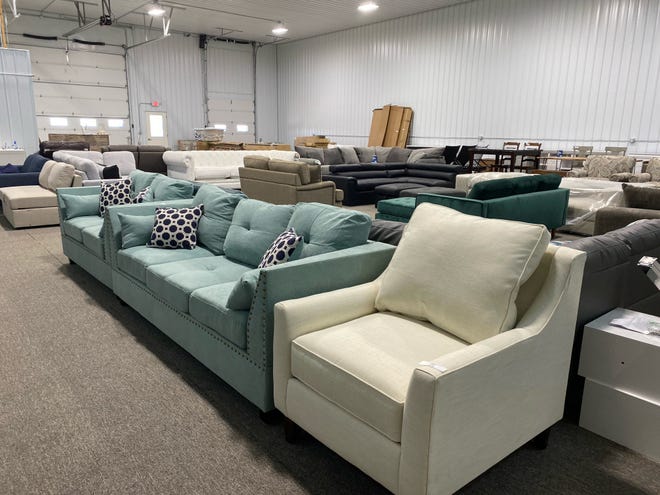