Spotted: a striped Gaetano Pesce for B&B Italia Up 50 armchair and matching ottoman, a green fringed sofa from the Theodore Alexander Alexa Hampton collection, and a painting by Lucien Smith. No, this wasn’t in an AD home tour—these stylish pieces belong to the characters in the new Gossip Girl reboot, all of whom are super wealthy and reside in over-the-top New York City accommodations. The brand-new continuation of the original hit (which, you may recall, aired on the CW for six seasons starting in 2007 and starred Blake Lively, Leighton Meester, and Penn Badgley) premiered on HBO Max on July 8. Like the original, the show follows a group of elite teenagers attending the Constance Billard School for Girls and the adjacent St. Jude’s School for Boys.

Also like the original, the school exterior was shot at the Museum of the City of New York. In the premiere episode of the revival, the teachers lament the fact that the entitled students constantly walk all over them, and come up with the idea to resurrect the long-defunct “Gossip Girl” to take them all down a peg. Originally she was a blog. Now she posts on Instagram, but her writing still has the same snarky style and is voiced by Kristen Bell.

Gossip Girl’s main targets are Julien (played by Jordan Alexander)—whose father is a multi-Grammy-winning musician with Mark Ronson vibes—and her half-sister Zoya (Whitney Peak), who has a different, much less wealthy father and an arts scholarship financing her education. The extent of Julien’s wealth is evident from her Tribeca penthouse, one of the only sets filmed on location rather than in a soundstage. “We wanted to make sure the views were accurate,” production designer Ola Maslik tells AD. “There is just much more depth.” Indeed, her space is full of floor-to-ceiling windows and contemporary furniture to match, and there are real art pieces any young, rich collector might select, like the Lucien Smith and a piece by Didier William.

For the remainder of the sets, set decorators Rena DeAngelo (episodes one and two) and Rich Devine (episode three onward) filled New York City soundstages with an abundance of high-end furnishings. For Julien’s boyfriend Obie (Eli Brown), who has impossibly wealthy German parents and an interest in social justice, they created a cool and trendy warm-toned Dumbo loft. Max Wolfe (Thomas Doherty), the party boy of the group, lives with his father in an eclectic, antique-filled townhouse Devine calls “my favorite set I think I have ever done.” Then there’s Audrey (Emily Alyn Lind), who may remind viewers of Blair Waldorf (Meester in the original): She lives with her mother in an elegant house with Scalamandré curtains and wallpaper and plenty of bold colors.

The drama in the show happens so quickly, and there are so many characters, that it’s easy to blink and miss the home sets in the first few episodes. But one place where the show comes together and lingers for a moment is Dumbo Hall, the fictional members-only club loosely based on Soho House, where the teenage characters are all—somehow—able to meet and order martinis without question. (Julien prefers a twist to an olive, she tells the naive Zoya, who has never had a drink.) Maslik looked to the design of restaurants Veronika and Le Coucou (both done by AD100 designers Roman and Williams) for further inspiration. “We went for eclectic, homey, warm tones,” she says, adding that if, post-pandemic, they ever film at real NYC locations, they wanted to make sure their Dumbo Hall “is very much in style with the rest of New York.”

Thu Jul 22 , 2021
News This handsome house next to a tributary of Vernon Run is one of the first in this area to herald the emergence of a truly American domestic architecture. Sign up for our weekly home and property newsletter, featuring homes for sale, neighborhood happenings, and more. You should be able […] 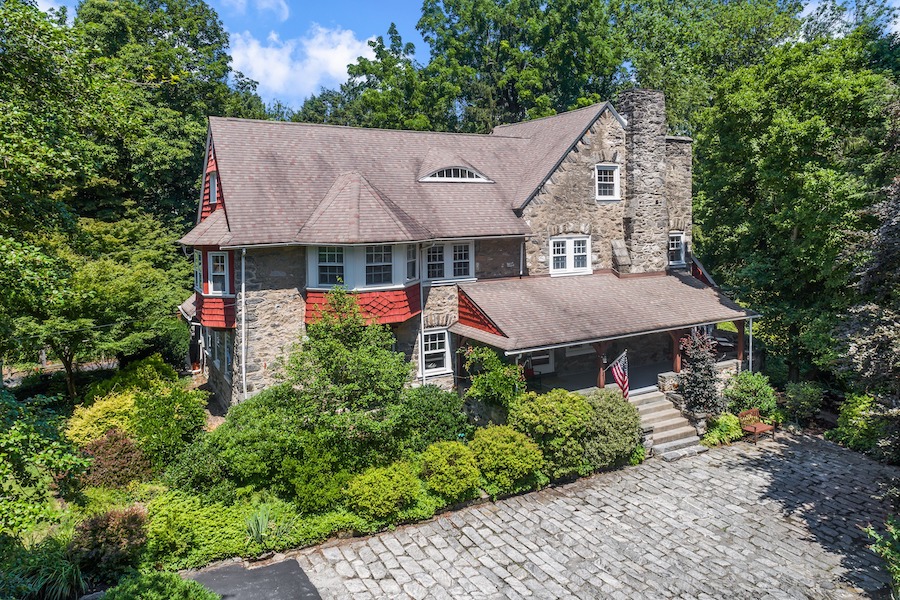